A dog is never too old to learn!  This week I photographed a 13 year old Akita/Norwegian Elkhound Mix who recently passed his Canine Good Citizen Test – woohoo!  His name is Buster and he was adopted from the MSCPA at Nevin’s Farm.  He went to his forever home at 1o years old and is living an amazing life!

I decided to tie in this week’s lesson with some of Buster’s pics.  This week’s 52 Week Pet Photography Project Topic is from Duchemin’s chapter called “Experiment with Balance and Tension”.  He states that “balance is not something we can opt out of.  Our photographs will be balanced – statically or dynamically – or they’ll be imbalanced, but the balance in an image will affect how people experience your photograph.”

Another one of Buster, “dynamic” balance with him looking toward the camera from camera left.  Playing with the rule of thirds again, but from the opposite side.  Maybe could have cropped tighter from the top, but I liked the little bit of purple flowers above him! 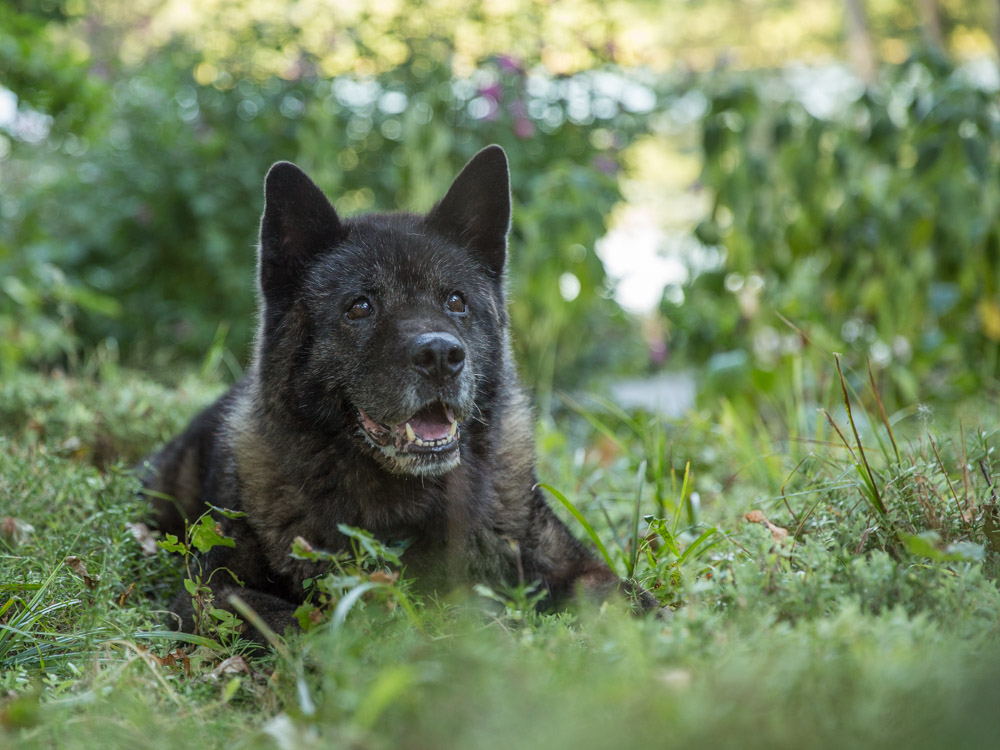 This next image of Buster I would call “static balanced”.  This is described as a “seesaw” – the fulcrum is in the middle and both sides are equally weighted.  I placed Buster on the little bridge in front of the path with the house directly behind him.  I feel that the center placement works in the photo.  The trees on each side and the rocks and leaves in front of the bridge.  I had several photos of Buster looking away, but I feel the best for the center placement photo is with Buster facing the camera. Look at that smile!!!  🙂 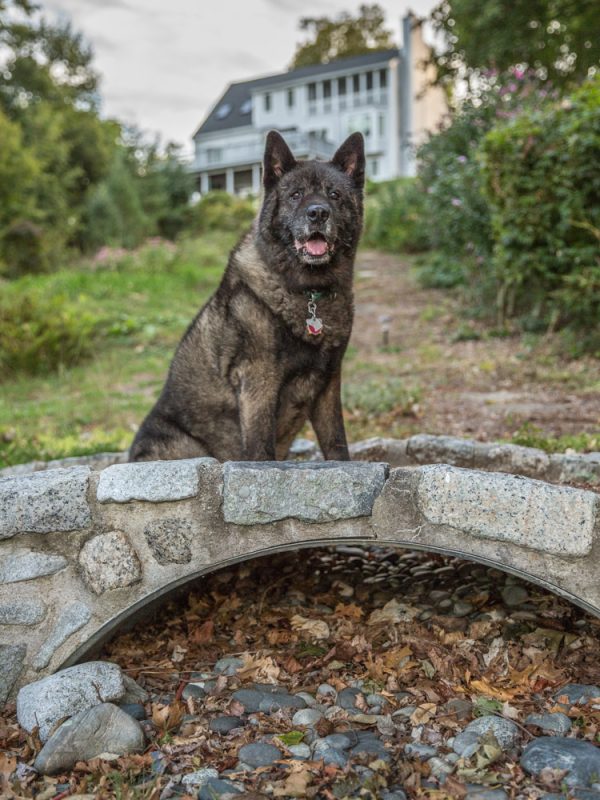 And this one I put right in the middle – something I don’t do too often!  I usually make sure that the focused eyes fall in the top 3rd of the frame, but not so much with this crop.  I will let you decide 🙂  It’s centered on a square crop.  Do you think it makes the photo “unbalanced”?  If anything, Buster’s sad face definitely makes the photo unbalanced!  Haha!  He was  a trooper and did a great job!  This is the “I”m done” face!

Thanks for stopping by and meeting Buster and checking out my take on this week’s topic of “Balance”! Next up in our blog circle is Susannah with Pet Love Photography, serving Greater Cincinnati and the San Francisco Bay Area.  Enjoy! 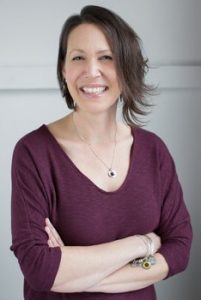